Europe is the largest crypto economy, according to Chainalysis 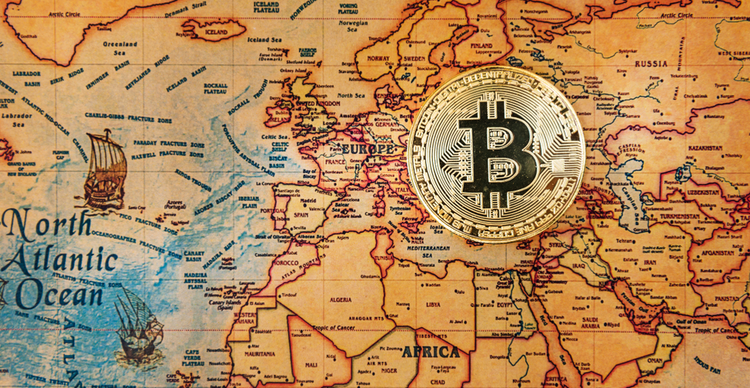 According to the report, the European region recorded crypto transactions worth over $1 trillion in the last 12 months

A Chainalysis report released on Tuesday shows that Europe has the largest crypto market. The report, which is based on data collected between July 2020 and June 2021, describes the regions of Central, Northern and Western Europe as those whose growth spurt has been driven mainly by increased ventures by institutional investors in this area, giving it its current global market share of 25%. The figures show that in July 2020, there was only $1.4 billion in institutional investment, rising to a whopping $43.6 billion in June this year.

“The influx of institutional investment, reflected in large transactions, has caused most of the growth, but private investor activity has also increased. Perhaps most interesting is CNWE’s unique status as the international center of the global cryptocurrency economy”it says in the blog.

The UK led the regional growth with $170 billion worth of crypto transactions, of which about half of the value (49%) came from decentralized financial protocols (DeFi). France and Germany complete the top 3 list, while the Netherlands and Switzerland complete the top 5 ranking in this order. In almost all countries of the region, the share of DeFi in the observed crypto activity was quite the same.

Chainalysis pointed out that DeFi was one of the categories that contributed significantly to the crypto boom, as DeFi platforms dominated the large institutional remittances.

“DeFi protocols represent three to four of the top five services in most months, with Uniswap, Instadapp and dYdX appearing frequently. Binance and Coinbase meanwhile, remain the most popular centralized exchanges.”

In addition, institutional investors who have previously structured their portfolios around cryptocurrencies are now getting into DeFi, as it allows the staking in which these investors give their cryptocurrencies to DeFi protocols, which they then lend. The borrowed funds are interest-bearing and returned to the investor so that income is generated without the need to sell cryptocurrencies. Staking also has the advantage of lower fees compared to traditional transactions.

“Staking with DeFi protocols can be seen as an analogy to a money market in conventional finance, but with lower fees, since the protocols run autonomously and thus fewer human intermediaries are needed”explained Chainalysis.

The CNWE region was also highlighted as the largest counterparty for all other regions – a major contributor to crypto liquidity. The region’s largest partner in transactions was North America. The other regions with which it is associated are Eastern Europe, East Asia and Central and South Asia.