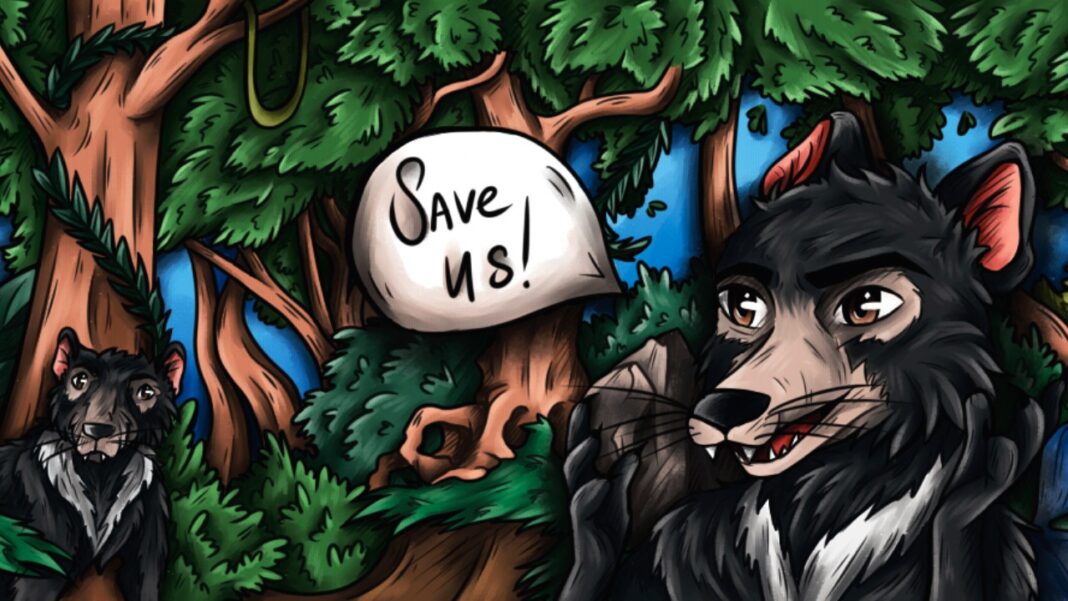 The Tasmanian Devils NFT network has announced its upcoming NFT drop, which aims to protect the creatures facing extinction. On March 5th, 2022, the upcoming platform unveiled that their discord channel reached 1000 members, and as it stands the tally has hit 2000.

According to the project’s developers, the Tasmanian Devils are carnivorous animals initially found in the islands of Tasmania. In recent years, these animals have been introduced to other parts of the globe, including Australia.

However, the Tasmanian Devil’s global population has vastly reduced in the past two decades, and there is fear that the creatures are on the brink of extinction. The population reduction is because of infectious cancer called Devil Facial Tumor Disease (DFTD). Hence, the Tasmanian Devils NFT network is on a mission to collect funds and protect these little devils, launching an NFT collection with around 5000 unique devils. The 5000 devils are distinct in utility.

According to the Tasmanian Devils NFT network, each NFT has eight traits and bears benefits to holders. They can give special access to the discord channel, and help holders get exclusive merchandise. You can also participate in exclusive airdrops and stand a chance to win $50k and some art.

Profits generated within this project will be used to save the creatures. For instance, the profits fund research projects that find cures for the DFTD disease. The Tasmanian Devils network will donate $50 thousand to ‘The Tasmanian Devil Appeal’ after successfully selling out, and they will be expanding their support for Tasmanian protection as it grows.

The Discord Milestone and Whitelisting

Tasmanian Devils NFT network planned to make their discord open for the public once they reached 1000 OG members. Hence, anyone can join their discord channel and interact with the community. Moreover, by joining the Tasmanian Devil discord and following instructions issued in the channel, one may have a higher chance of getting whitelisted. Consequently, being whitelisted gives you an early chance to mint NFTs.

Community is the Center

Tasmanian Devil NFT is a blockchain-based NFT platform created to help in protecting Tasmanian devils from extinction. This platform introduces a vast collection of features to help generate funds for research on the disease that is killing Tasmanian devils. The team, which involves Oliver Walker, Peter Cooper, and Leo Cooper, focuses on protecting the little carnivorous creatures.